* In case of any delay in receiving the OTP, you may verify it later. Please proceed without verification.

Enter your City name or Pincode

Jhumri Telaiya is one of the famed city of Jharkhand is situated in the Koderma district. Some other alternate names for this town is Jhumri Tilaiya and Jhumri Talaiya. The word Talaiya, derives from the name 'Talab' or 'Tal' in hindi, which means Pond. Jhumri which is a village in Jharkhand, whereas the word "talaiya" comes from Hindi word "tal" which means pond. Jhumri gets its name from two different places one is the Jhumri village and another is Talaiya Pond. So, the word is clubbed as 'Jhumri Talaiya'. Jhumri is also a kind of dance or a 'brush' that is specifically used as a fuel in the villages, while cooking. 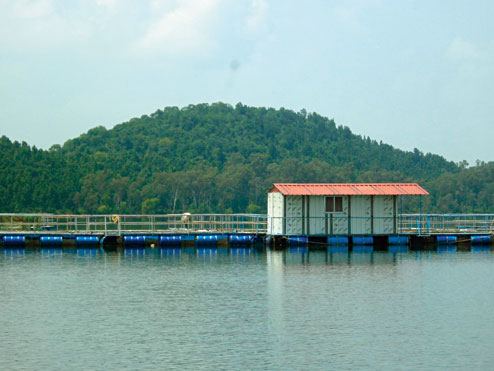 While making the railroad through the district of Koderma during time of 1890s, the British first discovered the huge deposits of mica in this area. From then, mining activities were started quickly and several mining houses were launched. Further these mining activities were highlighted throughout the world. A company called CH Private Ltd. was established that belonged to Chatu Ram Bhadani and Horil Ram Bhadani. Before this CH Pvt Ltd, there was another large company managed by father and son named Mr. Ramananda Shahand Sitaram Shah.As the time passes, many companies are established, and each company used to operate different businesses rather than mining business. From the year 1960s, the city of Jhumri Talaiya was filled with Mercedes and Porsche cars, as well as some other cars were commonly used here.  While, many mica business, was handed-over to the public corporations between the years 1973-1974 via the government venture well-known as Bihar Mica Syndicate. This corporation was used to conduct mica or mining activities at Sapahi, which is 40 kms away from the Jhumri Telaiya. This government venture was renamed to ‘Jharkhand State Mineral Development Corporation’ from the earlier Bihar State Mineral Development Corporation. Most of the mica was said to get exported to USSR, for the sake of space and military equipment. Later, with the dissolution of the USSR as well as the discovery of a synthetic substitute that is meant for mica, this mining activity was declined during the year 1990. This city of Jhumri Taliaya was actually a part of the district of Hazaribagh, which then became the part of the district of Koderma during 10th of April 1994. The Jhumri Talaiya then became the part of the newly established state of Jharkhand in the year 2000. And in the month of December 8th, during the year 2008, Jhumri Talaiya was considered as a Minor Urban Area.

The city coordinates at 24°25'48?N latitude and 85°31'12?E longitude with the height of 383 meters right from the ground level. Jhumri Taliya is located for about 8 kms away from the district of Koderma, and towns are connected to each other closely. The whole Jhumri Talaiya is separated by the cordline that is connected to the Eastern Railway that passes via the middle of the town. While, the dam known as 'Tilaiya Dam reservoir' has been established very close to the town. This place is surrounded by many different places like the Makamaro Hills, Petro falls and other water bodies.

The culture of Jhumri Talaiya is guided by age old traditions. The main language spoken here is the 'Khortha', but other languages like Hindi and Marwari, Punjabi and Bengali are also spoken, along with English. Many cultural activities are held throughout the year with number of people taking part in various events. Apart from that the town of Jhumri Telaiya is also popular for several temples and annual fairs. The common festivals celebrated here are the Ramnavami and Vijayadashami. The festival of Vijayadashami is celebrated for 5 days by the Bengali families. This festival usually comes after the Kojagori Lakshmi Pujo. During this special day, bhog is offered to the goddess, which includes luchi that means puri, along with curry made out of cauliflower, as well as fried brinjal and even serve rabri and nabra. While some people offer khichri to the goddess and consume the same. 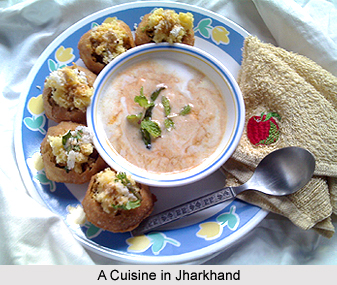 The people of Jhumri Telaiya favors both vegetarian and non-vegetarian food. When you visit this place, you can have food like the Pechki and Saakhin, the Sanai phool and Barri, the Kathal, etc. which are the most notable staple foods; while, the Imli chatni (Tamarind), Phutkal achhar, as well as the Kathal ka achar are the very famous pickle items consumed at the town of Jhumri Telaiya. Moreover, there is one famous sweet dish called 'Kalakand' that you must try here. There are so many food items that are served here, and difficult to make-out which dish is most yummy. All food, may it be a pulao or mutton, the salad and papad with tomato chutney, or the sweets, entire dish is exotic. Besides, the main potato-cauliflower curry adds a great flavor to the food and will definitely be appreciated by the Vegetarian folks. One can also have the lip smacking 'veg chowmein' as well as the ‘chilli paneer’ which are served at the 'Prince Chaat' centre. This chat center is always filled with people for its tastiest fast food outlet in this city. Below are few more restaurants that serves excellent food in Jhumri Talaiya,

There are number of shops in Jhumri Telaiya with lot more options to purchase souvenir in this town of Jharkhand. However, this place is more popular for producing and selling handicraft products .You will be able to find plethora of handicrafts shops in and around this city of Jhumri Talaiya. Tourists can visit many modern retail outlets that have been organized recently to serve the local people as well as the tourists from different places.

There are several places of interest that can be visited while travelling to Jhumri Talaiya. Tilaiya Dam is a major attaraction of the town. Inaugurated by Pt. Jawahar Lal Nehru it is said to be the first dam, as well as the hydro-electric power station which is built by the Damodar Valley Corporation across the Damodar River. This dam that is 1,200 ft long and 99 ft high is spread over 36 km² area, and has good historic significance, as it is the first dam constructed during the post-independent India.
Few are namely the Rajgir and Nalanda, hills like Dhwajadhari Hill and Makamaro Hills, Satagawan Petro falls, the Hazaribagh National Park, as well as the Sonbhandar Caves, Sammed Shikhar (Jain Pilgrimage) and the tomb of Sant Paramhans Baba at Domchanch, along with the pilgrimage like Shaktipeeth that is devoted to Goddess Chanchala Dev. Read More.................... 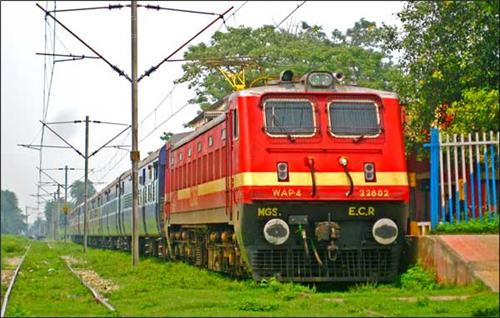 Jhumri Talaiya is one of the excellent town, where tourists will not face any transportation problems. There are many railway stations along with bus stations and airports. Thus, one can travel easily from any of these transportation facility to reach the town of Jhumri Talaiya. The town may not have any direct trains, buses or flights, but tourists can drive other vehicles like jeep, car, or the local taxis. Koderma is the nearest railway station to Jhumri Tilaiya. From here you can catch trains for Delhi, Kolkata and Bhubaneshwar. Tourists can get down to the nearby towns or villages if traveling is done via buses. From the nearest towns and villages, one can take private vehicles to reach Jhumri Talaiya. If you have chosen flight as a means of transport, you must know that, Ranchi is the nearest Airport. You must get down at Ranchi, and from there you can hire any vehicles of your choice.

Comments / Discussion Board - About Jhumri Tilaiya