* In case of any delay in receiving the OTP, you may verify it later. Please proceed without verification.

Enter your City name or Pincode

Jhumri Telaiya is a popular tourist place situated near Damodar Valley in the district of Koderma in Jharkhand. It provides tourists with divergent places in and around the town. This town is situated at just 8 kms away from Koderma and about 154 kms from state capital city of Ranchi. Jhumri Telaiya is broadly famous for the establishment of mica center and sponge iron plants. This place is found to be one of the corporate regions in the Jharkhand State. And due to its easy transportation facility, one can find better Road and Rail connectivity as well as the better power infrastructure. 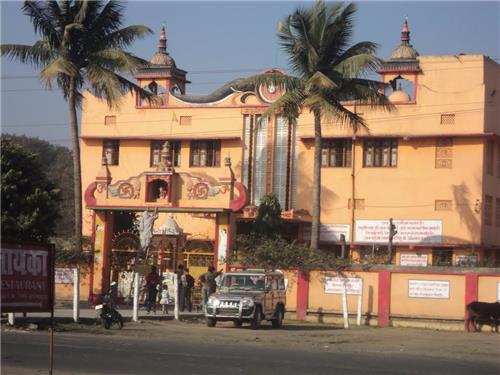 Department of Tourism, Govt. of Jharkhand


Major Tourists Attractions In and Around Jhumri Telaiya

There are various tourists attractions in and around Jhumri Talaiya, out of which major attractions are mentioned below. 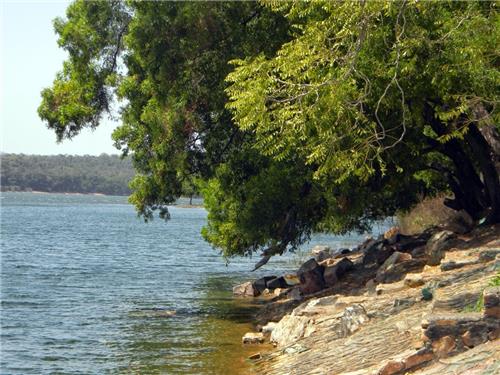 Jhumri Tilaiya Dam was amongst the first dam to be constructed in the Koderma district by Damodar Valley Corporation over the river called 'Barakar'. This dam is used for power generation. The length of the dam is about 1200 feet, with an elevation of 99 ft high. Water spots as well as boating is one of the prime attraction of this famous spot of Jharkhand.

Makamaro Hills is regarded sacred by the people in the region as the places is considered as a death and rebirth of Parshuram's mother and his three brothers. As per the mythological story, Parshuram is the Avatar or incarnation of Lord Vishnu. On the instruction of his father Lord Parshuram beheaded his own mother. Pleased with the act when his father asked for boon he wished to his mother and brothers alive who were tuned stone by his father. All came alive! This was the amazing story behind this Makamaro. The meaning of Makamaro, might have derived from the named 'Mako-Maro' in hindi, which means 'Kill Mother'. Later, became the name Makamaro.

Nalanda which is about 105 kilometers away from Jhumri Tilaiya is famous for Nalanda Museum, Buddhist Monasteries, and Nalanda Mahavihar. You can spend good time in this city, as there are lot more to explore in this historical town of Bihar. When you visit to Jhumri Talaiya, you can also visit to the Nalanda Museum, where you will be able to watch the ancient statues, along with the coins, and several other archaeological scriptures.

Nalanda Archaeological Museum is a spectacular museum that precisely showcases the relics of the ancient Nalanda University and its neighboring areas. It offers a retreat to the eyes of the visitors. People can have a glance at the Pala art that reflects the fact that the university gave equal importance to fine arts along with the intellectual progress. The museum is open for public viewing from 10 am to 5 pm on any day excluding Fridays.

Among many exciting ancient monuments, Sonbhandar Caves is found to be too interesting as well as mysterious, where two rock cut caves are situated very near to each other at the southside bottom of the Vaibhar Hill. Currently, these caves have become the very famous tourist destination that were decorated beautifully at the front part. Also, Son Bhandar group of caves will have 2 caves which are well-known as the eastern and western cave. These caves are said to belong to 3-4 century, and are of the Jainism. However, this place has been attracting several people towards it.

Rajgir is one of the holy spot located at about a distance of 98 kilometers from Jhumri Tilaiya. Here one can find many archaeological dating back to 3rd to 6th century BC. All in all, Rajgir is another well-known health and winter resorts that has become more popular due to the warm water ponds. Such ponds used to contain very few medicinal properties that assist in curing several skin diseases. There is an added attraction of Rajgir, which is found to be a Ropeway that carries tourists over the uphill to the Shanti Stupa as well as the Monasteries on top of the Ratnagiri hills.

Dhwaja Dhari Pahad is one of the sacred spot that is situated near to the town of Jhumri Talaiya. This place is really a beautiful with temple of Lord Shiva and a grandeur fair is held every year during the festival of Maha Shivratri.

Maa Chanchala Devi Shaktipeeth is at a height of 400 ft on Koderma-Giridih Highway. This Shaktipeeth is famous for its rock paintings of different forms of Goddess Durga. Various rock paintings depict the four forms of Goddess Durga. Many holy rituals are celebrated at this spot. Also special worship of Maa Durga is done every Tuesdays and Fridays. 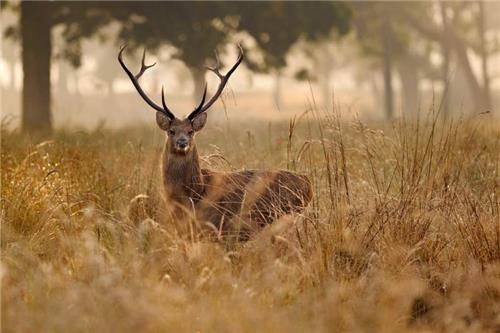 Hazaribagh National Park is a major wildlife reserve in Jharkhand State and is the home to the tigers, panthers, spotted deer, as well as the sambhars, along with the bisons and several different types of birds. This National park was said to be launched during the year 1976, and is located very near to the Jhumri Talaiya at a distance of 43 kms.

Where to Stay in Jhumri Telaiya ?

Jhumri Telaiya is a small town, but there are lots of places to reside in. One can either choose hotels or lodges in Jhumri Talaiya or the nearby places. You will find hotels at a very reasonable cost, which helps guests to stay with comfort and visit to many of the attractions in and around the city of Jhumri Talaiya. As Koderma is quite near to Jhumri Tilaiya so one can also opt to stay in this famous spot of Jharkhand,.

Where to Eat in Jhumri Telaiya?

In Jhumri Telaiya you will find variety of Indian food served in a delicate manner. One of the best sweet food that is served here is litti chowkha which is influenced from the neighboring state of Bihar. Other includes kadi-badi, khichdi etc. Kalaknad, dushka are other special dishes of this part of Jharkhand. Visit some of the famous restaurants to get the taste of the famous cuisines of Jhumri Tilaiya.

Where to Shop in Jhumri Telaiya ?

There are many shops at this place, and one can have excellent shopping experience at this place. One can buy different types of Jeweleries, footwear, garments, as well as electronic products, along with the cosmetic products, and food items and so on. You will be able to shop lots of things including flowers, in Jhumri Talaiya.

How to Reach Jhumri Telaiya ? 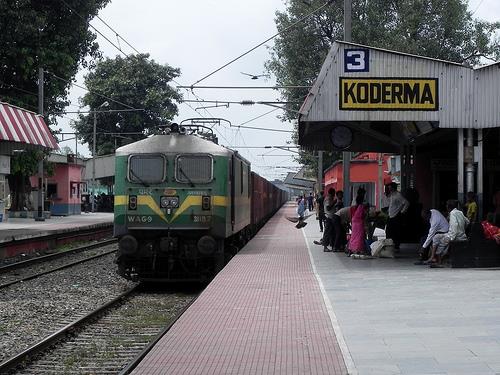 If you wish to reach Jhumri Telaiya, you can choose either bus, railway or flight as a means of transport along with some other private vehicles.,Though there is no direct Railway line connecting to Jhumri Talaiya, you can get down to Koderma railway station. From here you can catch trains for Delhi, Kolkata, and Bhubaneswar. There are many buses, which are available to all the city, and one can pick the private jeeps and cabs or cars, or any other three-wheelers will get associated to Jhumri Taliya as well as some nearby towns and villages. The town is accessible through the National highway 31, that is famous as the Ranchi-Patna Road, and is established with just 23 kms away from the Grand Trunk Road. The nearest airport to reach Jhumri Talaiya is the Ranchi (162 kms), and another city is Patna, which is found to be another capital of Bihar state, that is established at 175 kms from the town of Jhumri Talaiya.